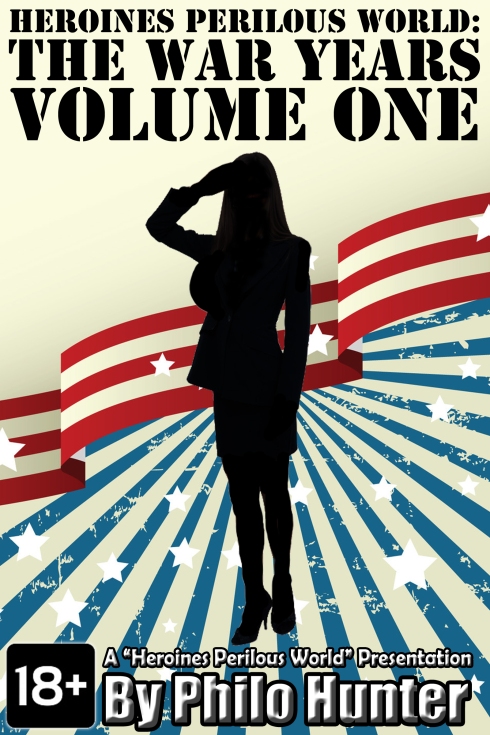 Now for sale on Amazon and Smashwords is a brand new collection of pervy short stories about superheroes in World War 2.

The year: 1944 and the Second World War rages on! The American military machine employs their newest weapon: THE SUPERS! These few rare individuals have been recruited by the American Special Services Unit (A.S.S.U.) for use in the war against the Nazi Menace. The supers of the A.S.S.U. include the unbeatable scion of patriotism Major Captain! Victory Woman and her young sidekick Victory Girl! Ace pilot and front line commando Betty Bombshell! And Riveting Rosie who helps to keep the home front safe from Axis saboteurs!

The supers are here, but along with astounding powers the bring a not so well kept secret: they all also have supercharged libidos. This collection of one handed short stories feature powerful superheroes and heroines sexing their way through world war two. The following stories are included:

All but two of the stories are appearing here for the first time and there is plenty of the pervy goodness you’ve come to expect from my Heroines Perilous World stories!

This entry was posted on Tuesday, May 16th, 2017 at 9:29 am and posted in book release, Heroines Perilous World. You can follow any responses to this entry through the RSS 2.0 feed.
« Writing Update
“The Rings of Corruption: Episode Three” Released! »