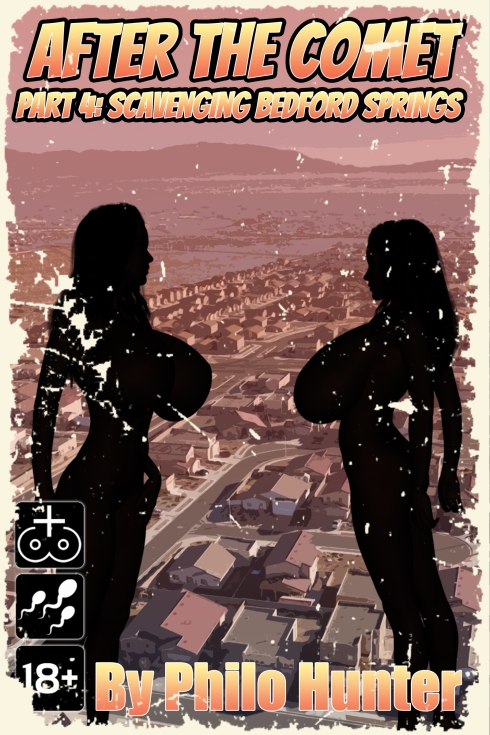 The next part of the “After the Comet” serial is out! You can find it on Amazon.

It’s two days into the new, post apocalyptic world and Corey knows that his tribe is going to need to begin preparing for the world to start crumbling around them. They are going to need to gather supplies, food, and weapons. Luckily, they have an entirely abandoned town to scavenge. Of course, he’ll have to deal with the fact that the women that make up his little tribe are in almost constant need of his sexual fluids. Together they will be able to scavenge the town, but only if they take frequent breaks to get down and dirty.

Sounds simple, right? Maybe. But one thing Corey isn’t counting on is how his women feel about each other. Jealousy, laziness, manipulation, and punishment all enter the mix as the tribe prepares to leave Bedford Springs.

This entry was posted on Sunday, September 11th, 2016 at 5:23 pm and tagged with Amazon, ebook, release and posted in book release. You can follow any responses to this entry through the RSS 2.0 feed.
« “After The Comet 3: Resort Savior” Released!
“The Futa Formula” Released! »