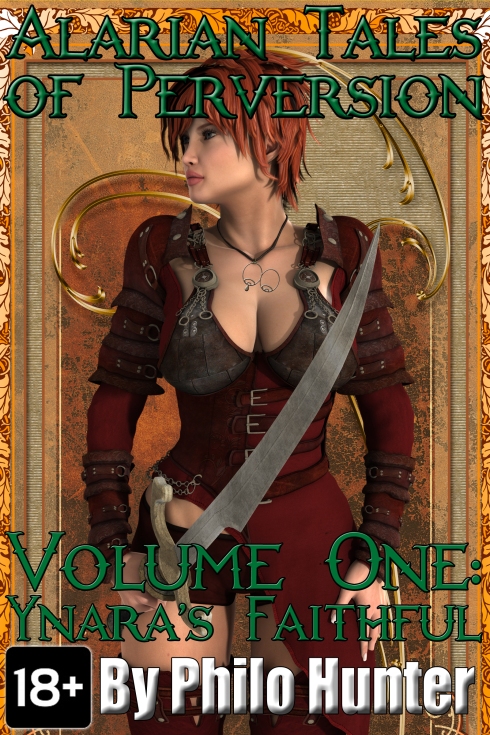 You can find the new short story collection set in Alaria up on Amazon! It is exclusive to Amazon, which means its available free through the Kindle Unlimited program.

Proud and ancient elves. Savage and wild Orcs. Dwarven smiths. Human rogues, wizard and warriors. The world of Alaria is full of them all and more. But running through it all, hidden down sinister alleyways, seeping out of dark thickets, urged forward by dark cultists is The Corruption. A force not of the mighty, proud Gods but of the dark Demons. Everywhere it goes it spreads darkness and sexual perversion, defining the realm of Alaria…

Ynara’s Magical Pond: A well endowed goblin bard journeys to a pond, in search of inspiration for a song that will make him famous. The pond is rumored to be home to a beautiful, red haired being. The goblin has little faith before he finds the pond, but once he does and the Goddess Ynara appears to him he leaves a changed goblin. Contains deity on goblin sex.

This 19,000+ one haded read is intended for adult audiences only!